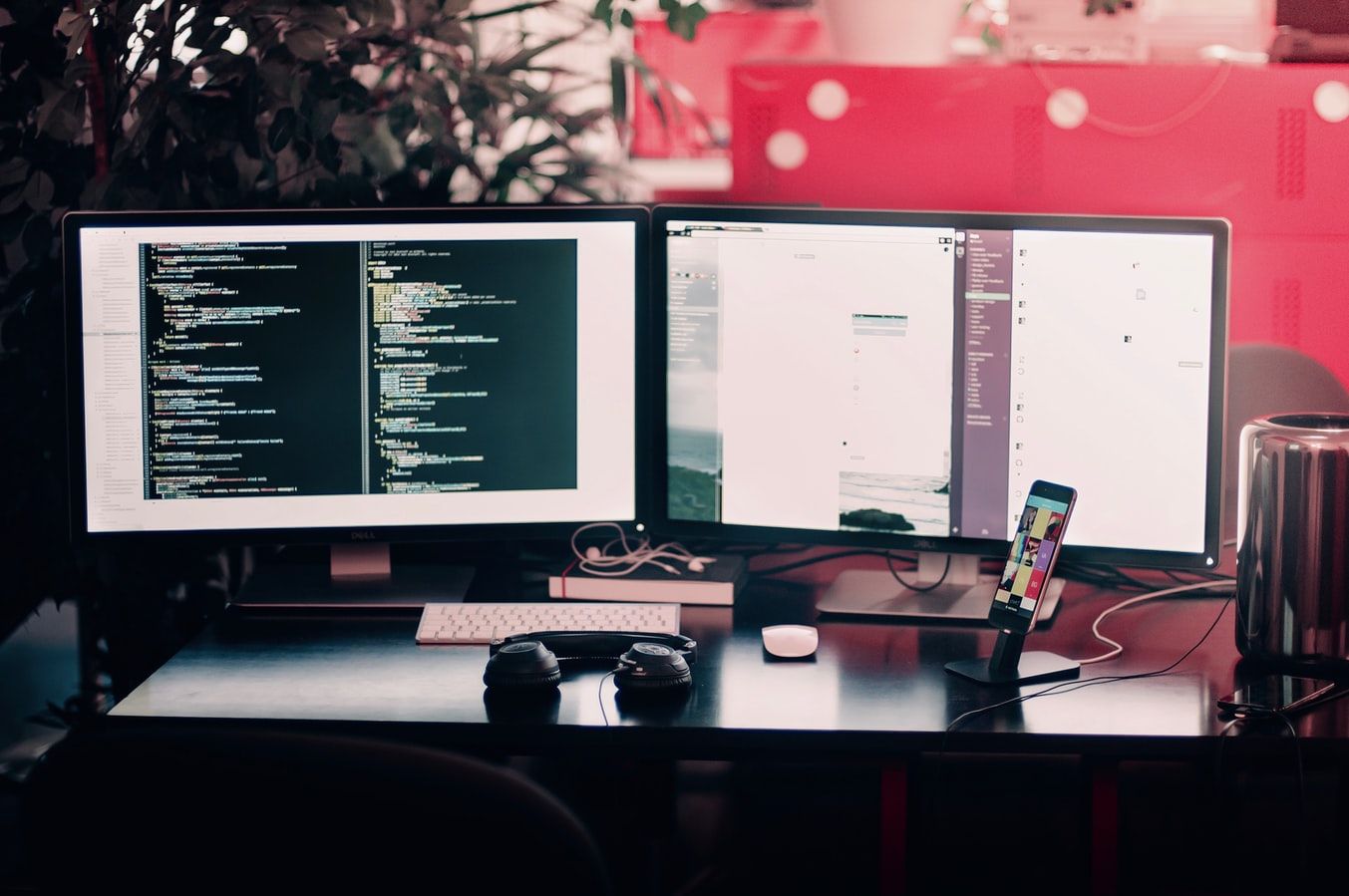 Imagine if someone told you they’d decided they were going to work for Uber—despite not having a car, not having a license to drive a car, or even having ridden in a car.

Sound ridiculous? Well, that's how the article about Mechanical Turk (MTurk for short), published by The New York Times, sounds to many workers experienced with the platform.

Articles like this don't hurt Amazon; they hurt you. They hurt me. They drive requesters off the platform and towards platforms that have the outward appearance of caring (like Prolific) while giving significantly less of a shit than Amazon ever could.

Our site, TurkerView, is dedicated to tracking wages on Mechanical Turk and providing workers with tools and services to increase their productivity. TurkerVew is now the largest active community of workers, and the only worker operated review platform: it's an eclectic group of college kids, stay at home parents, system administrators, freelance writers, and even a prospective alpaca farm owner on one memorable occasion.

We serve thousands of workers every day across our platform's various services/APIs. Contrary to what The New York Times article would suggest, wages have actually risen over 35% (from $14.50/hr in Q1 2018 to $20.00/hr in Q4 2019) among workers in our community—in fact, the change has been so significant we've started overhauling our 2020 wage guidelines in response.

We're publishing this because we, the administrators and active users of TurkerView, believe the Times's article portrays the MTurk platform poorly and inaccurately.

People working on MTurk are not making $0.97/hr

TurkerView makes it easy to browse through the most active requesters, or even the specific universities and colleges that successfully utilize MTurk. No doubt there are poorly paid tasks on MTurk. That's the nature of any marketplace. Unique to other marketplaces, where the best rise to the top, MTurk works in the opposite direction: the worst of the worst tend to be the most visible when you first log in because people aren't doing them.

MTurk employees at conferences like re:Invent have advocated for paying people fairly for work on the platform. Nonetheless, some businesses still use MTurk to outsource their microtasks to the sizeable portion of foreign workers on the platform. We're not going to make ethical judgements about that since many of those tasks do provide a livable wage to those workers, but it's important to note the author largely focused his efforts on those tasks that most American workers rightly avoid.

That article is condescending.

If a stranger walked into your job Monday morning, could they expect to perform your duties as deftly as you can? Probably not! It takes years of education, training, and experience to excel at many jobs. If someone wants to treat MTurk as such by discussing wages, the same applies. Using MTurk successfully requires workers to be disciplined, computer-savvy, and flexible with what they do at any given moment. Focus is a must as they manage complex workflows and quickly infer the critical parts of tasks — some of which help surgeons save lives, deliver medicine to villages in Africa, or a myriad of other projects that touch on all parts of digital life we all enjoy.

Perhaps what's most important to note about the article is that when the author attempted to interview workers, he was largely rebuffed. Most MTurk communities have seen this article rehashed time and time again, and we all knew what this was going to say long before it came out. One worker, Doc3D, explained this in the author's initial call for quotes:

You will likely get a very narrow view by the person who would take an offer like this. This would likely be the same people who do the lowest paying hits. There is a somewhat wide range in type of turker. There are batch workers only, survey workers only, transcribers, etc, and then people who do a combination of those. There are workers who will work a 30 minute hit for only 10 cents, and then there are workers who would only do that same hit if it paid at least 3.50. There are workers who have closed quals from several institutions and work those almost exclusively. Then there are workers who will work for just about anything and for any amount. You won't get the full scope of what it's like to turk by just interviewing a single person, and by only offering a dinner - the chances are pretty great that the majority of anyone who would respond is the same people working the absolute minimum hits and that will just skew your perception of the whole thing.

We're not here to disagree with the viewpoints of workers who believe that MTurk doesn't do them justice, and we certainly don't fault them for sharing their experiences. Our job is to support them as best we can. In fact, if you're struggling on MTurk, let us know—we'll do a workflow review & do our best to help.

However, the TurkerView community has dedicated the last two years to building tools and a platform for the purpose of helping workers, and we would argue that few people are more familiar with the stories of workers than we are. As it is, the media has been interested in MTurk from only one angle, and many workers find that to be as exploitative as the articles claim MTurk to be. Experienced workers know the value of their time, and aren't interested in any unpaid platform-related work. As one Reddit user said while explaining why workers did not want to participate:

This isn't the same as meeting a friend and discussing your job. It is work for him that will earn him money and ultimately bring money to The Times. The online version of the story will benefit the publisher and this journalist via website visits, ads, subscriptions, shares and improved brand and individual recognition and reputation.

The truth is, MTurk is the most ethical way to recruit crowd workers.

Bold statement—we know. But we believe it's true and needs to be directly stated.

MTurk's fees are some of the most reasonable in the space—for example, drawing from MTurk's worker pool allows Positly to supply requesters with a reliable set of workers with total fees lower than similar offerings. Amazon has continued to allow workers freedom to work, build, and tweak the platform to suit their individual needs, and offers both workers and requesters powerful APIs in addition to their default web interfaces.

We're not going to mince words here: the Times's willingness to profit off workers by using one sided, emotionally charged titles and stories is not a good reason to abandon MTurk. Neither is methodologically unsound "research" that claims wages are bad across the board (yes, we'll address that paper in-depth later).

Still, the ultimate problem with these articles is that they aren't just one sided: they're damaging.

...articles like this shred every bit of integrity of what we do for a "living".

Imagine trying to explain to a corporate recruiter that for months/years, you worked on a service and support platform where you managed personal micro-projects for a variety of requesters, earning a viable wage in return for self-motivated work for major universities, Amazon, Google, Microsoft, etc. all the while building skillsets in various technological tools and areas of interest, just to have them ask what the name of that platform was.

They laugh, because they've read the articles. They've read "Ghost Work" by Siddharth Suri et. al. They know that you're not a motivated self-starter; they think you're a cog in the machine, earning $2/hr. They liken you to whats-her-name in India, who in Ghost Work was incapable of performing a HIT if her big brother wasn't in the room. Your microtasking work is suddenly no longer skilled, or integral, or even meaningful. You're a pleb that types lines on a receipt. Hell, you may have even bought your account from a black market in the third world; after all, Amazon has no controls in place, right?

They laugh, because they've read the coverage on the Bot Scare(TM). They think that there's no way your work can be skilled, because a rudimentary computer program can do the same thing and avoid detection in most cases. In the case that you are somehow able to prove you made decent money (1099 anyone?), you must be a scammer. After all, only the top 0.00242% of workers make over $7.25/hr, or whatever the latest bullshit "research" statistic is. Certainly you didn't get there on your own accord; you must be cheating.

Articles like this don't hurt Amazon; they hurt you. They hurt me. They drive requesters off the platform and towards platforms that have the outward appearance of caring (like Prolific) while giving significantly less of a shit than Amazon ever could.

Good requesters who don't want the stigma associated with the platform wind up leaving, or never coming at all—often turning to competing platforms that charge even higher fees (meaning less of their budget actually goes to the worker) or have worse experiences for their workers (including loss of freedom, transparency, and lower wages). Articles like this make using MTurk taboo, and workers do not deserve to be punished because of it.

MTurk is, by and large, an incredibly solid platform for online crowd work. Its fees are reasonable, workers have a lot of freedom in choosing tasks, the quality of data remains high for requesters following best practices, and it allows for development on top of the platform that gives it unparalleled flexibility through Amazon's AWS offerings.

Moreover, many workers get a real sense of satisfaction out of completing scientific research on the platform.

MTurk is, in our opinion, the best option for online crowdsourcing—both economically and ethically—and potential requesters should feel confident using it for any project they have, be it professional or personal. We at TurkerView are going to keep working on strengthening lines of communication between all parties, which means listening to the experiences of all types of workers—not just pretending to be one for a week, then moving on.

If you want to join us, we'd love for you to share this on social media or get in touch with us. There's an endless list of projects that could be completed to improve worker's experience on the platform, and that's what we're here to help facilitate. Drop in, chat directly with workers, use your profile to get a sense of what they're saying about your work and improve it.

If we focus more on mutual respect and less on attention-grabbing clickbait, we can all benefit from an ecosystem that is continually evolving. 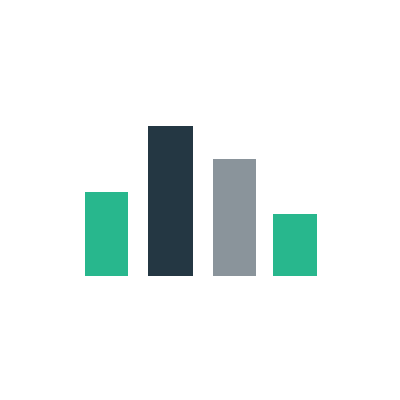 I create bugs on TurkerView; users transform them into amazing features. 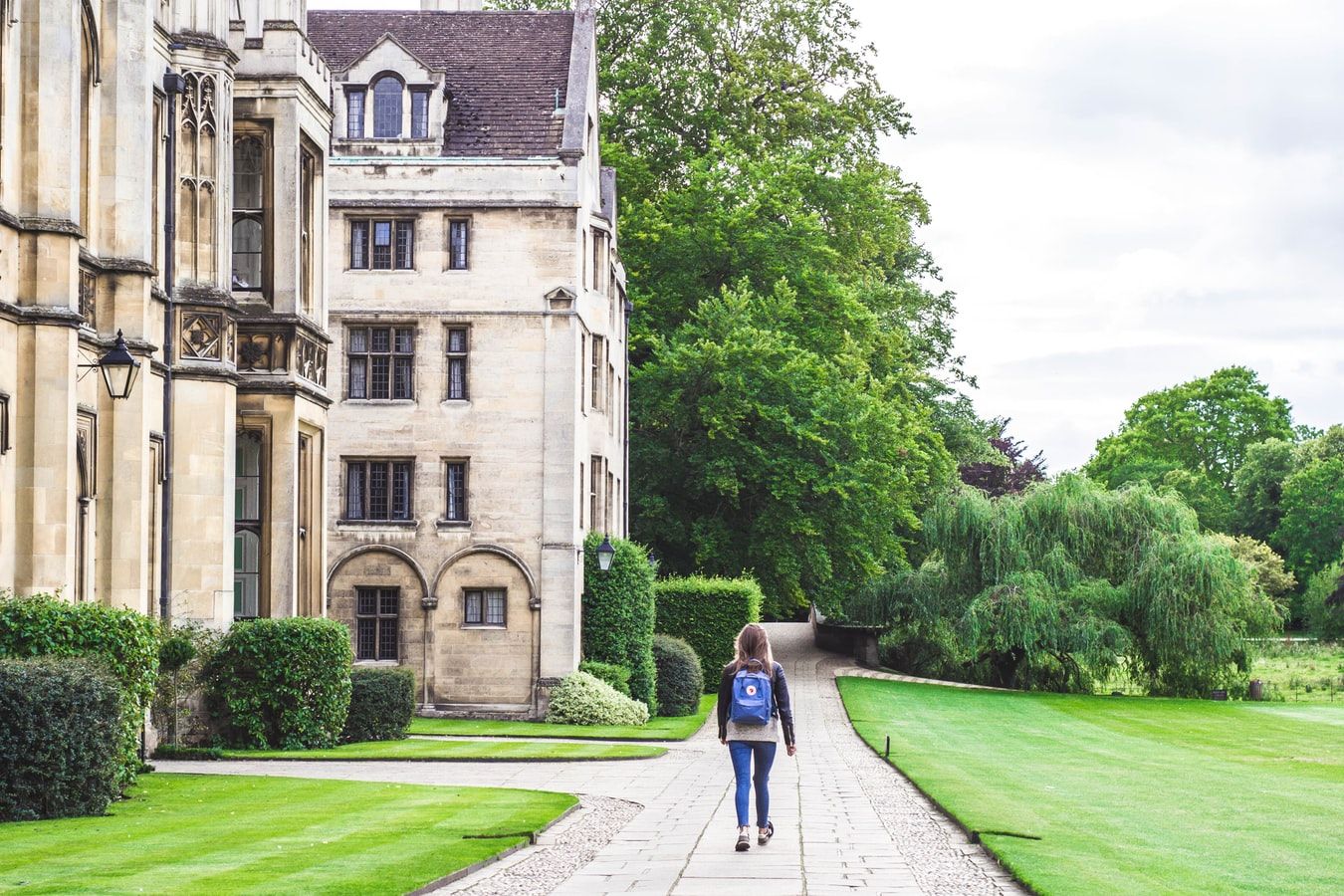 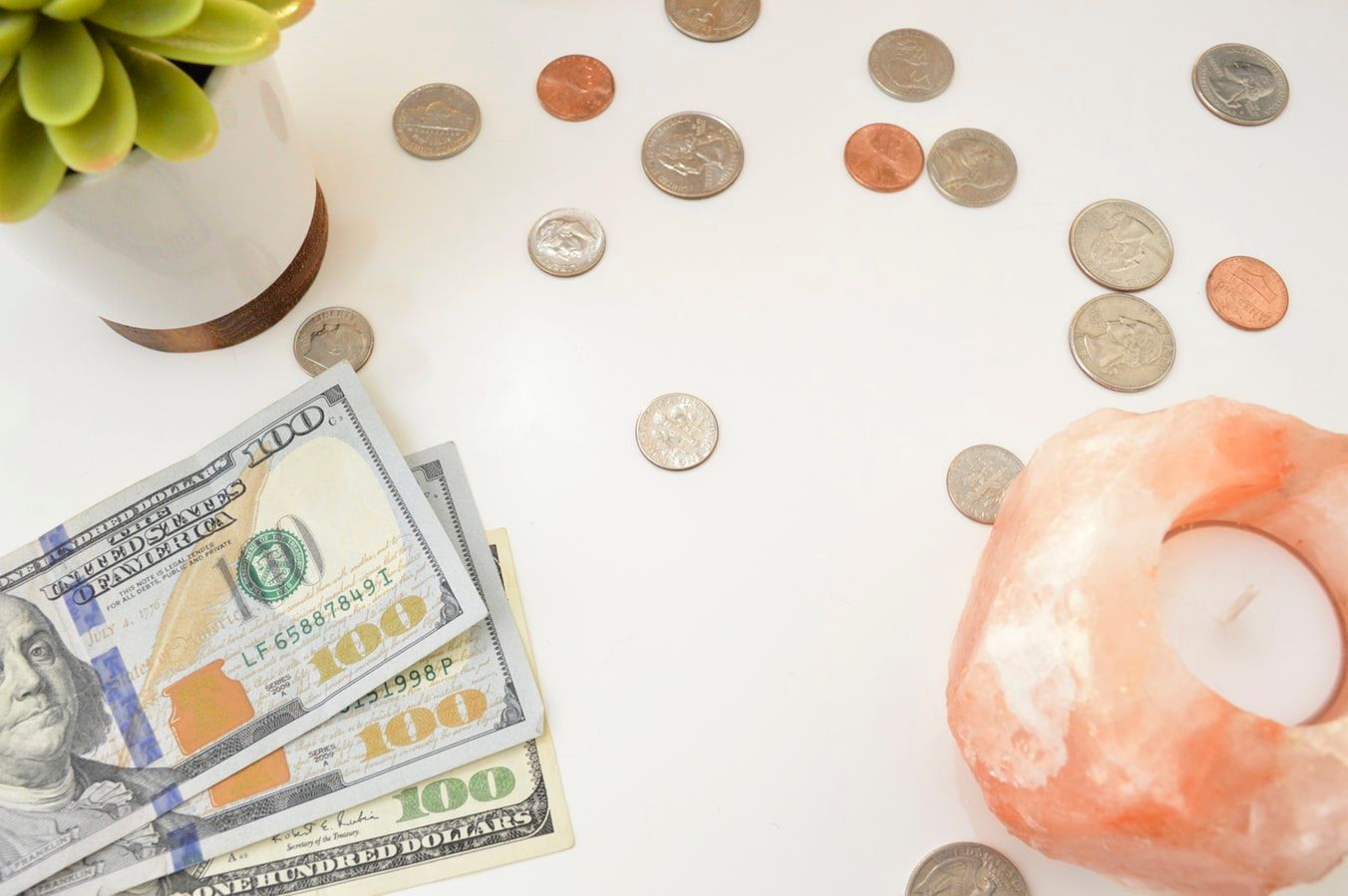 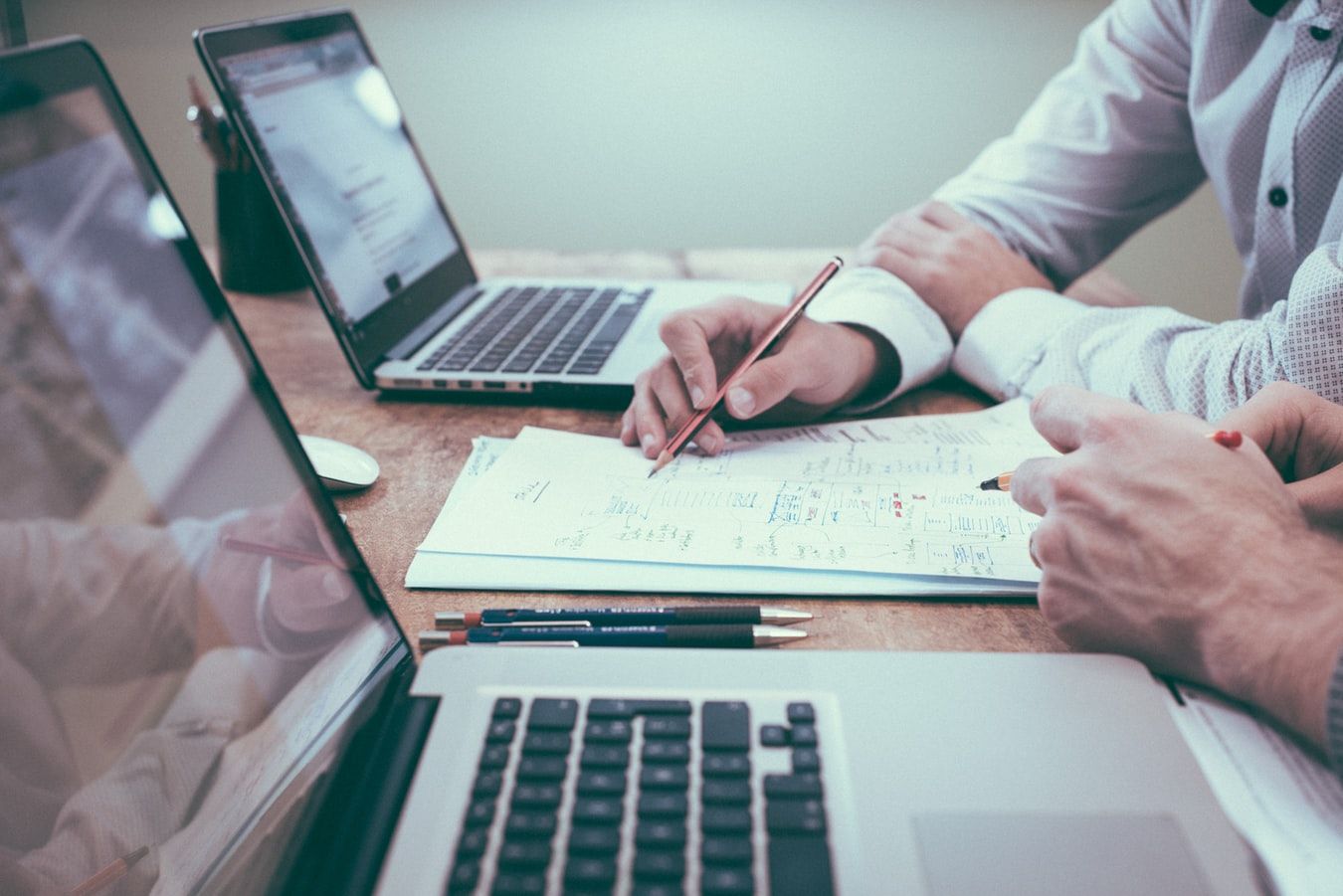